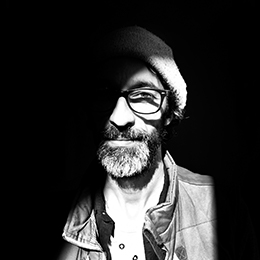 Photojournalist, Director of the VR project “The Enemy,” featuring interviews with combatants in conflict zones

After 18 years of conflicts coverage, a frustrated war correspondent decides to show a completely different side of war, what is left of shared humanity in combatants of opposing sides. Using Virtual and Augmented Reality, He puts you in between two enemies of longstanding conflicts, with The Enemy, you can meet combatants from Israel, Palestine, the Democratic Republic of Congo and gang members from El Salvador.